Electric vehicles for everyone? State, district, and city level uptake patterns in Germany

This study presents how BEV and PHEV registration shares vary between urban, intermediate, and rural regions, and across the federal states of Germany. It further analyses how the BEV and PHEV registration shares correlate with a selection of variables, such as average tax revenue of the regions’ municipalities, average private household income, or number of public chargers.

There are wide variations in the BEV and PHEV shares of new passenger car registrations among Germany’s 401 regions, representing districts and district-free cities. Those differences in the lowest and highest combined BEV and PHEV registration shares were most pronounced in intermediate regions, ranging between 5% and 32%, followed by rural regions (5% to 31%), and urban regions (4% to 25%). Regions with BEV or PHEV registration shares above the German averages are concentrated in the northern, western, and southern parts of the country.

Environmental awareness, which was determined by using the share of votes for the Green Party during the election for the European Parliament as a proxy, is positively correlated with the BEV as well as the PHEV registration share across all three regional typologies (urban, intermediate, and rural). In addition, for BEVs, home charging potential and the average disposable income show a high correlation with BEV registration shares in intermediate or rural regions, and access to public charging infrastructure shows a high correlation in intermediate regions. For PHEVs, along with environmental awareness, the average tax revenue of the regions’ municipalities also shows a statistically significant correlation with the PHEV share, but only in urban regions.

Individual regions with high BEV and PHEV registration shares have adopted a mix of local policy actions. Urban, intermediate, and rural districts have included targets in local strategic plans to foster uptake. The extension of the regional public charging infrastructure network, as well as different local information and awareness campaigns, have also likely helped these districts to have high shares in new BEV and PHEV registrations. 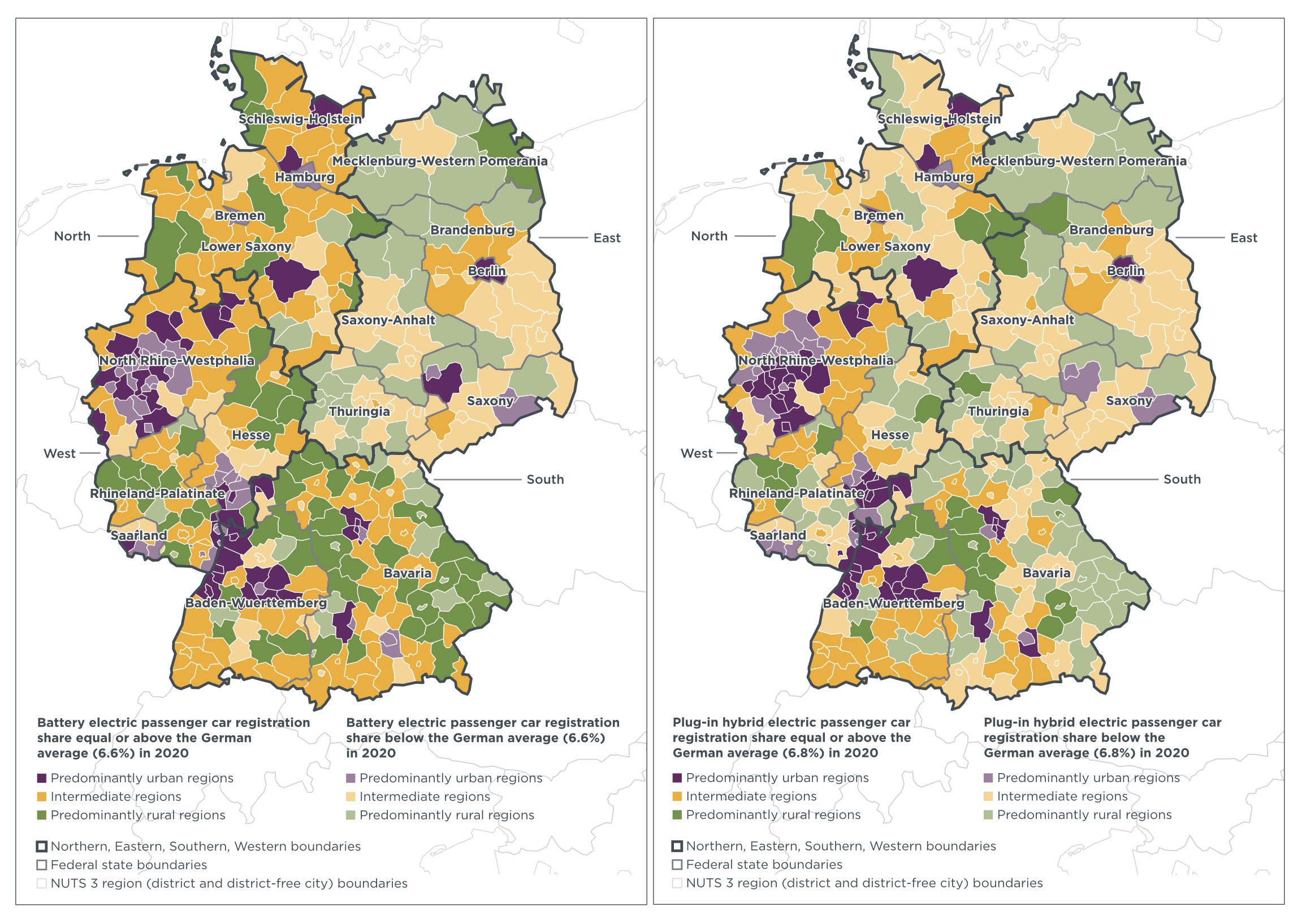 Whose BEV is it anyway? New registrations and disparities across Europe